The topic of angels is one that has fascinated humanity for centuries. From ancient texts to modern pop culture, angels have played a significant role in our understanding of the spiritual realm. But one question that often arises is, just how many angels are there? In this article, we will delve into the various beliefs and theories surrounding the number of angels, as well as explore the different types of angels that have been described throughout history.

The Bible’s Perspective on the Number of Angels

The Bible, the most widely-read religious text in the world, offers some insight into the number of angels. In the book of Daniel, it states that “thousands upon thousands” of angels serve in the presence of God. Similarly, in the book of Revelation, it says that there are “ten thousand times ten thousand” angels in heaven. These passages have been interpreted to mean that there are an innumerable amount of angels, with some estimates reaching into the billions or even trillions.

The Bible also describes different types of angels, each with their own unique roles and responsibilities. Some of the most well-known types of angels include:

It’s worth noting that some religious traditions have their own unique classification of angels, and the names, roles, and number of angels may differ.

The Concept of Fallen Angels

Another aspect to consider when discussing the number of angels is the concept of fallen angels. According to many religious beliefs, some angels rebelled against God and were cast out of heaven. These fallen angels, also known as demons or evil spirits, are often considered to be a separate entity from the angels who remain in God’s service. It is believed that these fallen angels continue to exist, but are no longer in the service of God and may actively work against God’s will.

Final verdict, While the exact number of angels is not specified in the Bible, it is clear that there are a vast multitude of these celestial beings. The Bible also describes different types of angels, each with their own unique roles and responsibilities, including Seraphim, Cherubim, Thrones, Dominions or Dominations, Virtues, Powers, Principalities, Archangels and Angels. It is important to remember that while the number of angels is vast, only a select number are involved in the affairs of humanity. The concept of fallen angels also adds another layer to the discussion of the number of angels, as these fallen angels are no longer in the service of God but still exist in the spiritual realm. 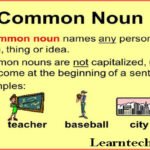