Cat5 and cat6 cable is the well-known and most popular cable around the world. These cable is not only higher speeds but also it reduced “crosstalk” in time of data speed.  You will get here the CAT5 vs CAT6 differences with definition details. Speed ​​is limited to a maximum of 100 Mbps for Cat 5 cables of 100 MHz bandwidth.

These cables are almost obsolete today and have been replaced by Cat5e cable. As well, if you can get your hands on them, you may not want to use them once the new options get better.

Cat5e’s considered as advanced. The enhancements include reduced crosstalk and greater speed, up to 1000 Mbps, also known as Gigabit. The bandwidth of these cables is 100 MHz

Cat6 cables are at the top of the Ethernet cables with a speed line of 10 Gbps and 250 MHz bandwidth, which is more than twice the Cat 5 bandwidth. The Cat 6 cables also have internal separators to reduce interference and crosstalk. Also, you can learn difference between cat5 and cat6 cable. In this article you can get all information about cat 5 and cat 6 cable below.

Cat 5 cable means refer is a computer network cable that consists of four twisted pairs of copper wire terminated. The cable standard provides performance of up to 100 MHz also is used to carry other signals such as telephony and video.

This cable is commonly connected using punch-down blocks and modular connectors. It is unshielded, relying on the balanced line twisted pair design and differential signaling for noise rejection.

Cat 6 cable is a computer network cable that consists of four twisted pair wires, it is data rate of 10,000 Mbps, and it’s used in Ethernet and Gigabit Ethernet.

Difference between Cat5 and Cat6

These are just in the number of wire joints and shielding. The signal cleaner is the more twisted the wiring pair. This is because wiring harnesses cancel interference or “bleed” / “crosstalk”; This allows more information or “bandwidth” to flow through the cable.

The Cat6 cable has more twists than the Cat 5 or Cat 5e wires; Therefore, it uses more copper wire and solder so it usually costs additional.

There are two types of differences about cat5 and cat6 cables. Now, see here details about the differences with them technically and physically.

Advantages and disadvantages of Internet

Types of Network Topology with diagram

It does a physical cable eliminate interference and allow for faster speeds. It does this through wire twisting and disconnection. Detection of wiring wires in 1881 Alexander Graham Bell invented the use of telephone wiring that was carried along the power line.

He discovered that with every 3-4 utility pole wiring, it reduced the interference and increased the span. The turning pair becomes the basis for Ethernet cables to eliminate interference between the internal cable (XT), and the external cable (AXT).

The nylon spline helps to reduce crosstalk within the wire, protecting against thicker sheets near end Crosstalk (NEXT) and alien Crosstalk (AXT), both of which often occur with increasing frequency (MHz). The CAT5e size contains the thinnest sheet than the CAT6 but it was the only one with nylon splints.

Technical differences of Cat5 and Cat6

The difference in specifications for the Ethernet cable is not as simple as the physical changes, so let’s take a look at what each section does and does not support. Below is a chart for reference only when selecting for your application based on the category values.

You may notice that as the number of sections increases, so does the speed and the MHz of the cable. This is not a coincidence, as each section undergoes a more rigorous test to eradicate crosstalk (XT) and add separation between cables.

In this article, I shared about the differences between Cat5 vs Cat6 cables. We provided you with a detailed cat 5 and cat 6 cable and major differences of the respective cables, and when they should each be used. I hope that from this article you have learned how to tell the difference between cat5 and cat6 connectors and enough insight about CAT5 and CAT6 cables. Comments bellow if you have any query. 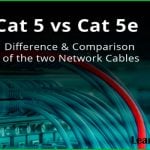 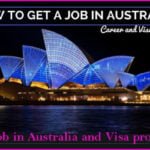